Godrej Aerospace, a unit of Godrej & Boyce Mfg. Co. Ltd., earlier this week handed over the 100th set of airframe assemblies to BrahMos Aerospace Pvt. Ltd. ( BAPL) for use in its missile systems, continuing the company’s proud tradition of contributing toward building India’s defense capabilities. Such a proud moment for our country. Another achievement adding to our country’s defense capabilities. 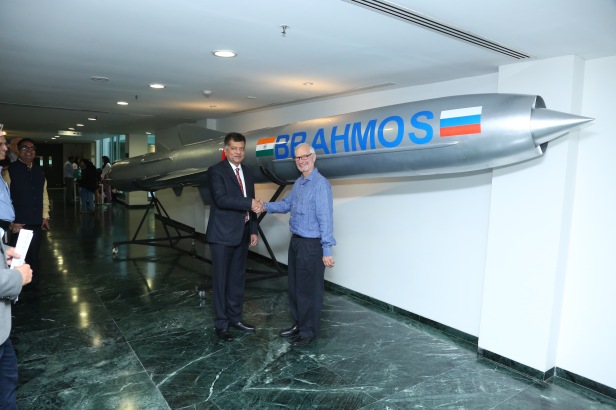 Being one of the few selected bloggers, I was fortunate to be a part of this landmark event. There was a brief introduction to Godrej Aerospace and the various segments Godrej Boyce works on to propel the growth of our country in different spheres. This was followed by a Panel discussion on Godrej and Brahmos’ partnership and their journey so far.

Such a great milestone for @godrej and India to show great technological evolution and successful execution! #SecuringTheNation #MakeInIndia pic.twitter.com/NQDQC0jKU8

On this occasion Mr. Mishra also congratulated Godrej Aerospace for winning the order for 100 units of airframes for Air Launched version of BrahMos missile and start of its production.

Godrej & Boyce Chairman and Managing Director Jamshyd N. Godrej said, “Godrej and BrahMos have been partners for 17 momentous years. Over that time, we have taken great pride in doing our bit for nation-building through our contribution to bolstering India’s defense capabilities. Therefore, it gives me great pleasure to hand over the completion document for the 100th set of airframe assemblies to Dr. Mishra. This is a proud moment for Godrej, Brahmos and India, and an assertion of our commitment to serve our country through technologically driven solutions and indigenous manufacturing.”

Mr. Godrej acknowledged contribution, support and guidance of DRDO & MSQAA in developing and assimilating manufacturing technologies and quality practices to establish a world class manufacturing infrastructure for one of the world’s most advanced missile. He also appreciated the contribution of the academia and Godrej’s vendors in this endeavor

BrahMos Aerospace DS, Director General, CEO & MD Dr. Sudhir Mishra said, “Godrej over the years has made immense contribution to BrahMos and Indian defence sector. The delivery of the 100th set of combat worthy missile airframes marks another milestone in our long relationship. Going forward, I am confident our partnership will continue to set new benchmarks and serve as inspirational role model for indigenous development and production of sophisticated weapon systems.”

The BrahMos missile is a stealth universal supersonic cruise missile that can be launched from ships, submarines, aircraft and land based platforms. It can be used for precision strike to destroy targets on land and sea.

Godrej Aerospace has been associated with BrahMos programme since its inception in 2001. Godrej is a dominant contributor manufacturing most of the metallic sub systems in the BrahMos missile. Besides the main airframe, Godrej supplies control surfaces and nose cap. Godrej also supplies the Mobile Autonomous Launchers, Missile Replenishing Vehicles for the land launched versions.

The event was followed by lunch and one-on-one media interactions. I’m happy to be a part of this momentous event where it became apparent that what we do on a day-to-day basis does impact our country. It’s vital that we put our collective force in making India better and stronger.