Mumbai has always been home to me… And it’s also a reason why the thought of settling down anywhere else is just not welcome! The thought in itself is scary. But having being brought up in this awesome city I have learnt to live in a fast city where nothing and no one waits for anyone. Time, train or opportunity runs the fastest. And you will lose a lot if you are not quick enough.

But this city has changed with time. I have grown fonder of it with each day but it has also grown bad in certain aspects.

As a girl, this city has always been my safe harbor. Like Literally! But now it doesn’t feel like it. It’s like a blanket has been wrapped around my safe harbor and it has been marked out of my reach. Yes, the feeling of safety has vanished. Slowly and steadily this city has been losing its… shine? Is that a correct word to describe the antipathy that has started to prevail over this city?

There was a time when no matter what the adversity was, this city stood up tall and strong. The riots couldn’t take away the love this city inculcated in people for each other. Then came the vicious nature knocking on our door on 26/7 and even then the Mumbaikars faced it with determination and courage. People helped each other irrespective of their caste and creed and ethnicity. Food was shared without asking for names or finding religion in it. Boys stayed back to protect the girls who were stranded out in the heavy downpour. When nature showed its anger, Mumbai showed its courage, chivalry and kindness to its fellow human beings. 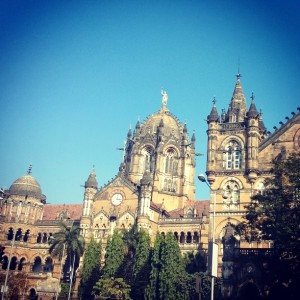 After nature’s slap came terrorism and their gun totting terrorists. Once again Mumbai was taken hostage to the vileness of few human who has lost all their humanity to some brainwashing sessions and torture. These stupid worldly creatures created lot of havoc, bloodshed and did manage to scratch the surface of our unity. But scratch that was. We managed to get back on line and showed them our unity and emerged victorious. The cost of this battle still rattles us and makes us seethe. But we showed the world that Mumbai and its spirit doesn’t die. 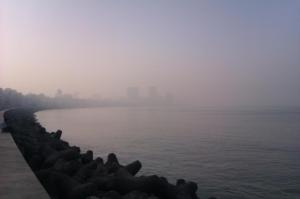 After living through all this and seeing it all I’m standing here trying to figure out why then, why, is this city going to the dogs now! Facing and fighting so much we are falling prey to the patriarchal mind set of few who thinks over powering a woman physically is a sign of manhood.

How can we let this eat away our Mumbai? Isn’t it time enough for us to stand up and show these cowards that our city will not fall prey to their kaput mindset. A child, a girl, a woman, all have rights to feel safe in a city which once was cited as the ‘Safest city for women in India’. Where did that disappear? Why did it disappear? How did we let it happen? Who is responsible for this? Questions can be numerous, answer is just one. It’s time to fight back. It’s time to get back what once was ours. It’s time that I have an answer when my friends and family insist that I go to some other country and settle down because Mumbai is just not safe enough.